HeinOnline offers some great political science databases and resources including the World Constitutions Illustrated database. The United Nations Library uses this to locate copies of constitutions and treaties and so should we. Reviewing constitutional records is a helpful way to gauge the political changes a country makes throughout history.  Follow the link to this and other databases below. 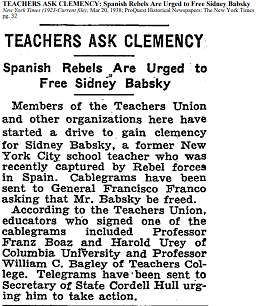 The Historical New York Times database lets you do a targeted search for Times content throughout history. A search for City College faculty member Sidney Babsky between 1936 and 1940 turned up some mentions in stories by William Carney who reported on the Spanish Civil War at the time. A similar historical publication for 20th Century events is Life Magazine with its photo-driven content covering all the major events including the Spanish Civil War. 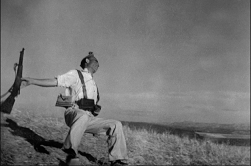 ​ARTstor is an art and photo image database that includes images students can download and add to their academic projects. ARTstor features many Spanish Civil War photos from the Magnum agency including Robert Capa's famous The Falling Soldier . The descriptions offer valuable information beyond just a simple caption. In addition, you can find references to famous artworks inspired by the Spanish Civil War such as Picasso's Guernica and Salvador Dali's Soft Construction with Boiled Beans: Premonition of Civil War.

General Franco is still dead, but he made the news in late 2019 because his remains were moved from his former tomb at the bottom a giant  monument in the Valley of the Fallen outside of Madrid.  News items along with scholarly journal items, popular magazines, and reference entries can be found in Gale's World History in Context database. The In Context series takes a subject and curates research materials of all types to present many different points of view to researchers. 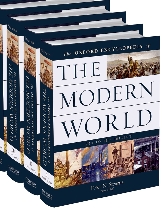 Find hundreds of reference entries from specialty encyclopedias and other sources in Oxford Reference. Search a topic or a person to get good background information written and edited by scholars. A similar resource is the Gale Virtual Reference Library (GVRL).