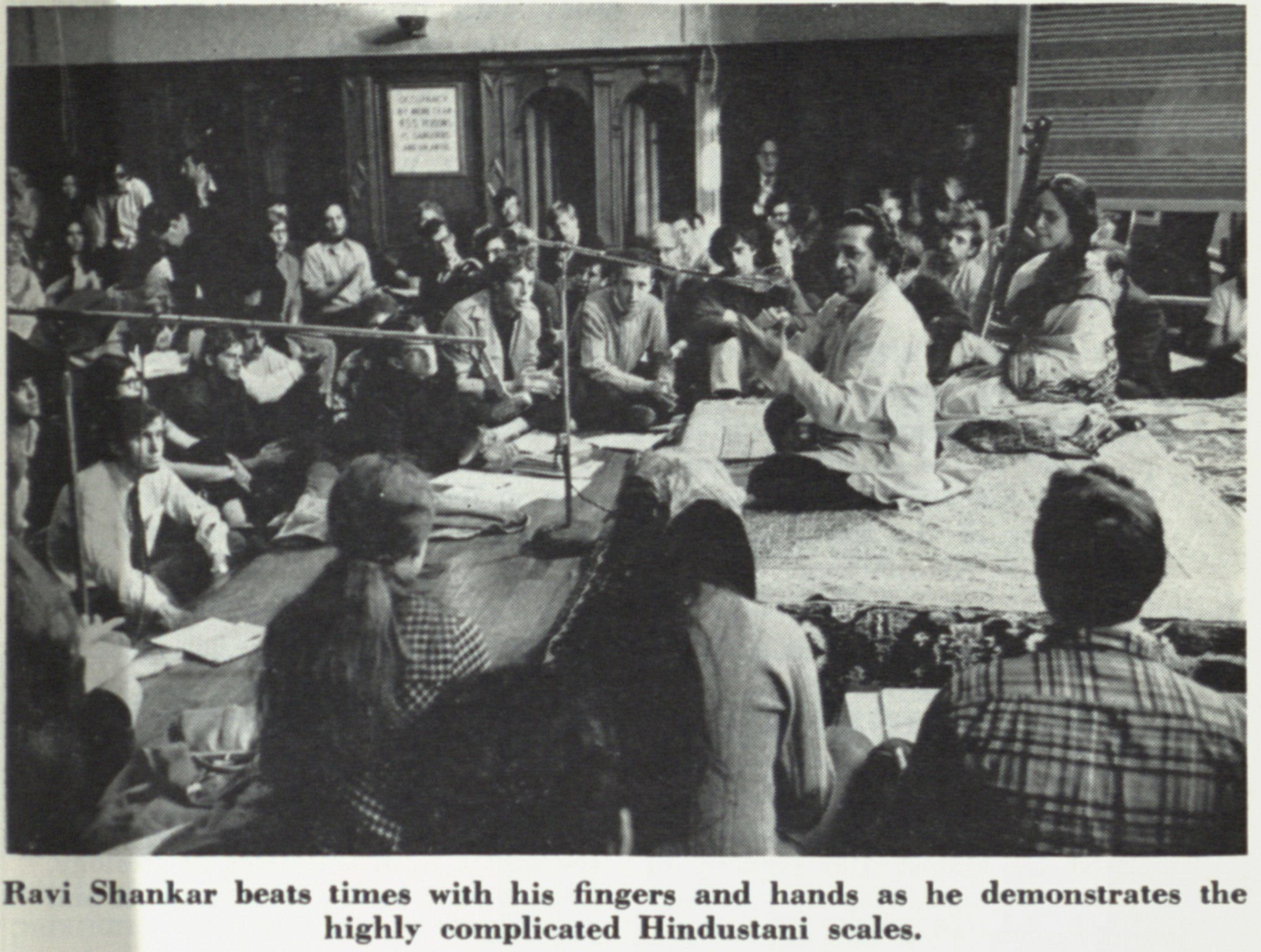 Ravi Shankar taught two courses on the history and theory of Indian classical music at CCNY in the fall 1967 semester.  All lectures and campus concerts were recorded and are accessible in the CCNY Archives & Special Collections.

Born on April 7, 1920 in Varanasi, India, Ravi Shankar (1920-2012) was a Bengali Indian musician and composer of Hindustani classical music. Shankar developed his distinct style of playing sitar by drawing inspiration from his broad knowledge of Indian musical traditions. Shankar helped bring Indian classical music to the world stage through performance, collaboration and teaching.

Image: Ravi Shankar teaching at CCNY. From "Master of the Sitar" The Alumnus; City College of New York,  used by permission courtesy of the CCNY Archives & Special Collections